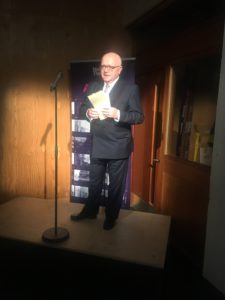 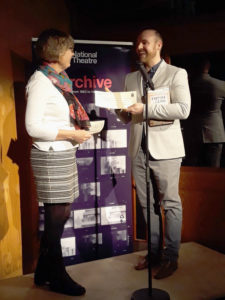 The BAC Wadsworth Prize is awarded annually by the Business Archives Council for a book judged to have made an outstanding contribution to the study of British business history.

This was the 41st occasion on which the Prize has been awarded and for the first time, there were two winners:

This year’s judges were Alison Turton (Vice President of the BAC); Alix Green (Senior Lecturer, University of Essex); and Justin Cavernelis-Frost (The Rothschild Archive). The judges felt that both books spoke to different criteria and that it would reflect the spirit of the prize to choose both. Brian O’Sullivan’s book deals seriously with business archives, including methodological issues, while Priya Satia broadens the debate by connecting business history into wider narratives of empire and industrial change that will be of interest to a broad range of scholars and public audiences.

Brian O’Sullivan accepted his prize on the evening. Priya Satia was unable to attend in person, so the prize was received on her behalf by Matt Casbourne, Head of Trade Sales at Duckworth Books Group.

The BAC would like to thank Preservica for their sponsorship of the event and Erin Lee, Head of Archive at the National Theatre, for kindly hosting.